Edna’s literary-leg has a stellar quality that even Hollywood would find hard to outshine (photo of Edna: John Minihan)

As her recent memoir proves Edna O’Brien has what decent writers aspire to; page-turnability without sacrificing literary muscle. I got her recently published memoir, Country Girl as a Christmas pressie. It was the savior book that got me through the seasonal lockdown. The memoir is packed with stories; a childhood in Ireland with a drinking father and an overprotective but loving mother, a fractious marriage with divorced writer Ernie Gébler who was so usurped by the success of her first novel that he told her You can write and I will never forgive you, the ensuing anxiety ridden battle to gain custody of her kids, her famous (or infamous?) parties where she entertained the literary elite, bohemian characters of all ilks, Hollywood royalty and actual royalty.

All this while raising children, dealing with impossible lovers that gave her both joy and despair and writing novels that brushed her native Ireland up the wrong way, a country, she reminds us that meted out monstrous treatment to James Joyce, ‘whom the authorities and Irish undertakers were so repelled by that his remains were never brought back.’

The memoir tells much about where she drew inspiration for her writing. I was aware that The Country Girl Trilogy was informed to some extent by her earlier life, but a mystery was solved for me as to how her exceptional stream-of-consciousness novel Night came about. Not to give it away for those who haven’t read the memoir yet, (and for those who already know, bear with me!) it arose following a life-changing experiment with Scottish psychiatrist R.D. Laing, an episode she describes lucidly and brilliantly in the memoir. It was an event that sent her packing with ‘an opened scream…[that]…would become the pith of the novel … Night…’

I’m a fan of Night. The astonishing change in style to her previous books is something of an event and I always keep it in mind as an example of how you, as a writer too can change your style if that’s what the context needs you to do.

Edna’s memoir tells of many fascinating relationships she had over the years, but one emerges stronger than all others — her relationship with her writing. She struggled against a disapproving mother, an envious husband and the punitive demands of domesticity before finally putting pen to paper and when she did she wrote the first draft of The Country Girls, in three weeks. ‘The words tumbled out, like oats on threshing day that tumble down the shaft…I cried a lot while writing The Country Girls but scarcely noticed the tears.’

For anyone struggling to keep the dream of writing alive this book will bring hope. On the flipside, one line about writer’s block sent shivers up my spine: To ease the block, Edna tells us, she kept a diary, even though she had read with misgivings that ‘only the very young and the very mad keep diarys.’

Duly noted (in my diary)! 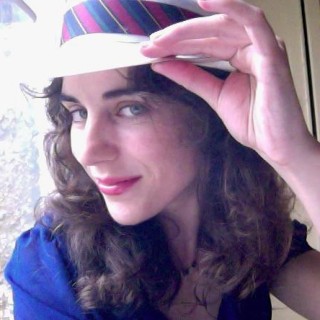